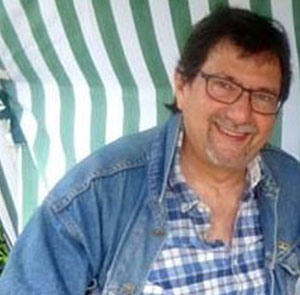 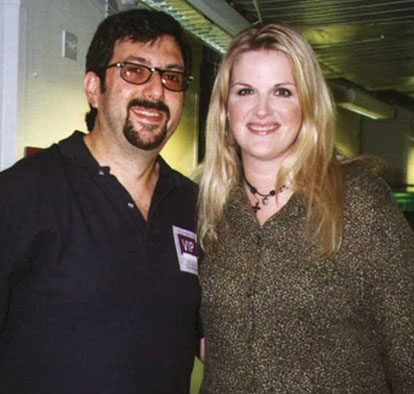 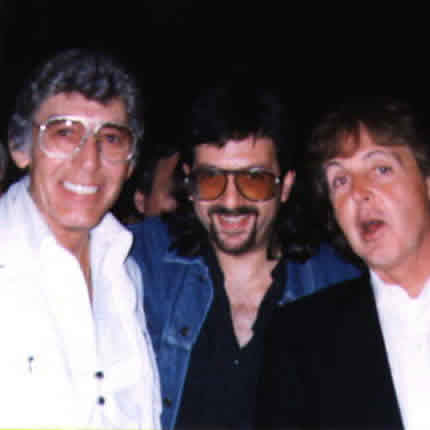 My history, takes in a number of facets. I was born and educated in London, initially at the Solomon Wolfson School in Labroke Grove, and having passed my 11-plus, progressed to St. Marylebone Grammar School, where other contemporaries of mine included film director Julien Temple, pop singer Adam Ant (Stuart Goddard), former Tottenham Hotspur Chairman Irving Scholar, actor Tim Munro, and a host of bankers, lawyers and such. After leaving, I joined B&C Records.

I was in their retail division, initially working in some of their London record stores, Musicland. With a reputation for stocking the best American imports, many top celebrities and disc jockeys were regular customers. For a while I worked in the Soho branch in Berwick Street, alongside a fellow named Reg Dwight, who eventually left to make his name as Elton John. After three years, I moved on, by which time I had become the buyer for the 30-strong chain, based at B&C’s famous HQ in Neasden Lane – premises that were shared with Island Records.

My next stop was a three year experience with Jet Records, where despite the alleged-reputation of its owner Don Arden (father of Sharon Osbourne), I thoroughly enjoyed my time as part of ‘the family’. I was with Jet during the most successful period of the company’s history, due notably to the phenomenal global success of The Electric Light Orchestra, coupled with a renewed interest in the careers of artists like Carl Perkins and Alan Price, and the emerging Magnum.

I then spent a year with Phonogram / Mercury Records, as Promotion Manager with the specific brief of handling the development of Status Quo, Dire Straits, Thin Lizzy and Dr. Hook, who had just joined from Capitol. In addition, I became involved in a number of projects with Kool &The Gang, Yarborough & Peoples, The Gap Band, Tom Robinson, Peter Skellern, Teardop Explodes, and the newly-signed Soft Cell.

In 1981, I launched Diamond Promotion & Publicity, where I could pick and choose the projects with which I wanted to work. For ten years, we enjoyed varying degrees of success, with acts like Joe Jackson (“Stepping Out”), Jeffrey Osborne (“On The Wings Of Love”), Dolly Parton (“I Will Always Love You”), Dan Hartman, Debbie Gibson, Robert Palmer, etc.

I had, in 1980, also started what went on to become a long involvement in the football industry. From starting off as the disc- jockey / stadium announcer at Tottenham Hotspur’s White Hart Lane, I helped make four ‘Cup Final’ records with the players and Chas & Dave over ten years, all of which made the Charts. I even wrote the ‘B’ side to the Top 5 hit “Ossie’s Dream”, and appeared with them on Top of the Pops. I handled the publicity for Glenn Hoddle’s autobiography, and later set up the deal for, and handled the promotion of Glenn Hoddle & Chris Waddle’s “Diamond Lights”. I was heavily featured in a BBC-TV documentary, about that whole project, and four years later, an ITV documentary, when I became similarly involved with Paul Gascoigne’s “Fog On The Tyne”. This was during the peak of ‘Gazza-mania’.

During the late Eighties and early Nineties, I also became the DJ / Announcer at Wembley Stadium, and at Arsenal’s Highbury ground and Watford’s Vicarage Road. I have also acted as a consultant to several top football agents, in relation to specific commercial endorsement projects, all under the umbrella of Diamond Promotion & Publicity.

The promotion of music inevitably brought me into close contact with the radio industry; after a number of years at the Hospital Radio station sevring Paddington General, and with considerable encouragement from one or two notable broadcasters (particularly my hero and mentor, the late Roger Scott), the lure became too great to resist. I began at Capital Radio (London) setting questions for the “David Hamilton Music Game Challenge”, but my first presentation engagement was filling in on Invicta Radio’s Coast-AM, presenting the ‘Rock Show’ from the studios in Maidstone.

I moved on to the Chiltern Radio Group, based in Herts, Beds, and Bucks where I was first engaged to produce a full weekend of Sixties music, to test the market for a projected Gold service. This proved successful, and when Chiltern launched their SuperGold service on their AM transmitters, on Sunday 24th June 1990, I began a run of weekly “Elvis Hours”, which ran uninterrupted until the service closed down on Sunday 1st September 1996.

Throughout those six years I progressed from freelance presenter to Network Controller. During this time, I continued to be a regular presenter on the network, which was heard on Chiltern Radio SuperGold 828am (Herts, Beds, & Bucks), Chiltern Radio SuperGold 792am (East of England), Northants Radio SuperGold 1557am, Severn Sound SuperGold 774am (Glos, Hereford, & Worcs), and across Europe via the Astra satellite. The service was also carried by several subscribing stations, including Invicta Supergold (Kent), Signal 2 (Staffs.), WeyValley (Hants.), Orchard-FM (Somerset) and Swansea Sound (South Wales).

I was the network’s Head of Music from 1992, and presented all of the regular shifts, at different times. I also produced and presented most of the specialist music programmes, including The Elvis Hour, The Beatles Hour, Rock & Roll – The Real Thing, The Classic Soul Hour, Down In the Vaults, America’s Favourite Countdown, Born In the USA, Get On The Right Track, Red Hot & Country and, of course, Sunday Will Never Be The Same, which gained cult-status. I know of some listeners who have recordings of every edition of SWNBTS, which ran for over five years!

I took a group of Elvis Presley fans to Graceland, in 1991, and made the documentary Walking In Memphis. In 1995, I undertook the mammoth task of producing & presenting the Morgan on the Mississippi series of five live broadcasts back to the UK from St. Louis, the Sun Studio in Memphis, Graceland, Jackson, and New Orleans – 17 hours of live programmes, in eight days.

Red Hot & Country originally launched on Oasis Radio 96.6 FM (South Herts) in 1994, won CMT-Europe’s award for the UK’s Best Country Music programme on a local station. I became that station’s Programme Controller a year later, following GWR’s acquisition of the Chiltern Group, whilst maintaining my control of the SuperGold brand. However, I switched Red Hot & Country to SuperGold, when Oasis was re-branded. When SuperGold was eventually merged into GWR’s Classic Gold brand, I accepted redundancy. I was, however, privileged to broadcast my final Elvis Hour and Sunday Will Never Be The Same shows to close down SuperGold, having been on-air the day it was launched.

Diamond Promotion and Publicity spawned Diamond Media Productions, and I have continued to make programmes for, and to broadcast on, a number of broadcasting organisations and radio stations. I was commissioned to make and present Mr. Moonlight – Frankie Vaughan at 70 for BBC Radio 2. I also compiled, and wrote the booklet notes for the accompanying CDs of Frankie’s repertoire for Polygram/Universal and EMI.

I had an enjoyable six months, presenting the Morning Show on elevenSEVENTY (High Wycombe), and the continued to fill-in there, when required. Red Hot & Country was re-born on Century 106 (East Midlands) where I also presented A Soulful Sunday. For fifteen months, these attracted impressive audiences, but following a change of management, it was time to move on. Red Hot & Country found a new home on Wave 105 (Solent & South of England), and again, the audience ratings were very good for an off-peak slot. Once again, the programme became the victim of a change in Wave’s policy, but I’m proud of what I achieved there.

I have also been heard reporting on football matches for BBC GLR (London), Talk Radio (UK), and on BSkyB TV’s Soccer Saturday, and have voiced TV and radio commercials. I have been engaged by a number of UK music companies, to interview their celebrity artists, for pan-European syndication.

I also regularly produced and presented programmes and features for the UK’s only full-time terrestrial Country Music radio station, Ritz Country 1035 (London), since 1998, including the Breakfast show, the Morning Show, the Lunchtime Show, and the Evening Show, and the Sunday Evening show. I have produced a number of ‘specials’ for them, with artists like Glen Campbell, Kenny Rogers and Steve Earle. In December 2001, I took over the weekday evening show on Ritz 1035, as well as the Saturday evening show. I also produced and co-presented the excellent “Captain America Radio Show” for eighteen months on Ritz, before it moved to Virgin Radio, where it ran successfully for over two years, before switching to the digital Rock station, The Arrow in Oct. 2005 for a short spell.

In June 2002, I began a weekly programme called “Jukebox Saturday Night”, highlighting the music of the Fifties and early Sixties, on Manx Radio, situated on the Isle of Man.

I have continued to work as a freelance producer, and occasional presenter, at Virgin Radio, ostensibly working on behind-the-scenes projects, and am still involved with them at the Golden Square HQ, under their new name: Absolute Radio.