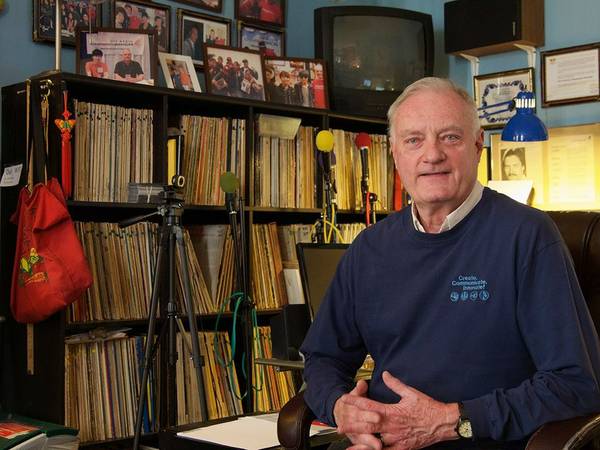 Steve projects a fun, entertaining radio personality (and occasional actor on stage, TV and film), including hosting events at Radio City Music Hall, Lincoln Center, and Carnegie Hall. He’s topical, engaging, and informative, speaking with authority on the contemporary media and entertainment scene. Since 1994, he’s been the host/producer of the weekly The Country Oldies Show, syndicated by the Radio-Studio Network and in 2007 added hosting duties for the new daily Country Oldies Flashback, feature. From 1994-2000, he was an adjunct instructor at the International Academy of Broadcasting in Montreux, Switzerland.

In 1998-1999 he was a prolific interviewer of radio industry leaders as Radio Editor of Radio Ink Magazine, a respected publication for radio Sales and Management.
From 1999 to 2003, he designed and implemented 5 country channels for Sirius Satellite Radio and was the first voice ever broadcast on Sirius (2001), later conducting over 100 artist interviews in all genres of music and entertainment. He presently hosts “Living with Technology” for Martha Stewart Living on Sirius 112.

Since 1987, Steve has served as President of MOR Media International, Inc. an entrepreneurial media/entertainment company, developing, hosting and distributing radio programming, station consulting, cable channel development, hospitality and special events, city tours, and theatrical productions and has advised many international broadcasters on programming issues. He’s sought after as an advisor, motivator, teacher and cheerleader for compelling radio programming. His expert knowledge and love of the industry has secured his position as a radio programming authority. He regularly travels thousands of miles, annually, speaking to state broadcasting associations, universities, and corporate clients.

Listen to Steve – Friday at 8pm and Saturday at 8am