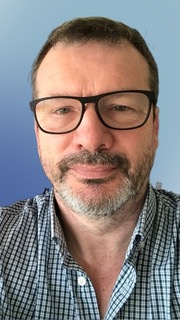 I grew up to Country Music or Country and Western as it was called then.  My father being an Entertainer meant I got to go to a lot of shows and clubs at a very young age.  I can remember being around BBC studios and recording studios and just loving the great music.  This love of the music led me to buy and take up the Pedal Steel Guitar.  I had always loved the sound of the steel and my first steel was co built by the great Gordon Huntley one of our top if not the top steel player in the UK at that time.   I became acquainted with Larry Adams who presented the country show on Radio Medway later to be Radio Kent.  I started working on the show from its studios in Chatham.  This allowed me to meet and spend time with some great artists such as Willie Nelson, Ronnie Prophet and George Hamilton IV.  This awakened my interest in radio, and I later went on to work at Invicta radio on their country show.  In later years I have been presenting on Internet radio stations.  On my show you will hear a Steve Wariner spot each week plus songs I like from the decades prior to the millennium, plus some from today that I feel fit the remit of the show..