Loretta Lynn Dies at the age of 90 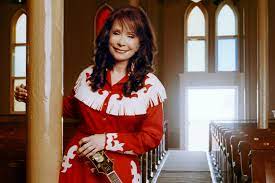 Nashville, Tenn. (October 4, 2022) — The country music community is reacting following the death of the iconic Loretta Lynn. The “Queen of Country” passed away today, October 4, at the age of 90-years-old.

“England just recently lost their Queen, and today we have lost ours. It’s a very sad day for the music industry. Loretta Lynn has gone on to her heavenly home. She did more for women in Country Music than anyone. She opened up all the doors. Her songwriting was cutting edge, and she was never afraid to tell the truth. She loved her family and wrote songs about her eastern Kentucky upbringing, but her unforgettable voice and beautiful smile is what I’ll remember most about Loretta. She was an original, one of a kind.” –Ricky Skaggs

“What a sweet lady and an authentic country singer. She gave a voice to millions of women who would have not otherwise had one. Loretta, we miss you already.” -Ray Stevens

“When my old friend, the late, great football coach Bum Phillips was asked if Earl Campbell was in a class by himself, Bum replied, ‘Well, if he aint in a class by himself it for durn shor don’t take long to check roll.’ Well, that’s the way I feel about Miss Loretta. Rest in peace, sweetheart. If anybody deserves it, it’s you. I miss you already.” -Larry Gatlin

“Isn’t it funny when you’re SO famous you only need one name for people to know who you’re talking about? Loretta. One of the incomparable archangels of country music, her name evoked deep truths with simplicity, genius distilled. Her voice was big enough to ring down any holler and carried around the world. She inspired generations of artists, was loved by the world and honored by her children. She lives on in her music and our memories.” -Pam Tillis

“Today in the life of country music, this is one of its greatest losses. Loretta Lynn, the Coal Miner’s Daughter, was the actual Rual of country music. She spoke the trueness of a song and wrote better than anyone I’d ever heard. She will truly be missed. She was one of the strongest beating parts of the heart of country music.” -Marty Raybon / Shenandoah

“My heart sank when I heard of Ms. Loretta’s passing. I don’t know that I’ve ever met a sweeter soul. She was so kind to my family and we all loved her beyond words. Her gift was raw and real, and no one will ever match her. She was genuine in every sense of the word.  The angels will be in awe of her voice. We are all saddened by the news and praying for the family. This is a great loss to the music community and she will be missed in a big way.”
-Darryl Worley

“As one of God’s great gifts to us makes her way to promised land, may we all rejoice in knowing we will join her someday.” –Doug Gray / The Marshall Tucker Band

“Loretta was an icon, both for what’s just and right, and what’s pure, in country music and life. She will be missed and her impact felt for generations.” –Aaron Lewis

“Country Music will never be the same without our beloved Loretta Lynn. I’m so grateful that I got to know her and call her my friend. When she and Conway recorded one of my songs, it was the thrill of a lifetime. Loretta lived a life of pure, raw honesty and it came through in all of her great songs which was a beautiful gift she gave to all of us and one that will live on forever. My heart and prayers are with Loretta’s family at this time of deep loss. Rest in peace, Loretta. We love you.” –Deborah Allen

“I am so sorry to hear of the passing of Loretta Lynn. I have always been a huge fan of her music and was so fortunate to get the opportunity to sing a duet with her on a TV special. That was a dream come true for me. The world has lost a legend and a beautiful person. Prayers to her family, friends and fans.” -Aaron Tippin

“I am very saddened today to learn of Loretta Lynn’s passing. Though she was thankfully on this Earth for a lengthy life, nonetheless, it is difficult to hear that we have lost yet another All Time Great. Her timeless songs, her unmistakable voice, and her amazing, legendary story will forever be embedded on the history of Country Music, which she greatly helped to establish and solidify to the world. We don’t have many of them left. Let us all celebrate the life and memories of a Coal Miner’s Daughter. Rest in Peace, Loretta.” -Collin Raye

“Being a friend and knowing Loretta for many, many years, I am heartbroken. We will all miss her. God Bless her.” -Sammy Kershaw

“Loretta Lynn, no doubt, was country music royalty. The absolute queen. But, to me, she was my bestest girl!” –Billy Dean

“Loretta Lynn’s story reads like a verse from the song ‘Only in America’. Her rags to riches story was punctuated with talent, honesty, and integrity. With her goes an entire generation of country greats from a much simpler time.” -Henry Paul / BlackHawk & The Outlaws 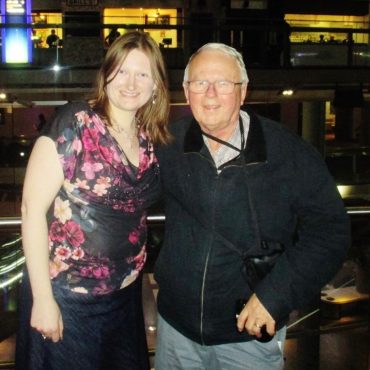 We were informed on Friday (29/7/22) that our dear friend Roger Peck, presenter, and radio scheduler lost his battle with cancer. We offer condolences to his family and friends. Marie Crichton from CMR Nashville was a friend and has sent in this little tribute to him. This is one of the saddest posts I've ever had to write. Earlier today my friend and fellow radio presenter Roger Peck died. He […]