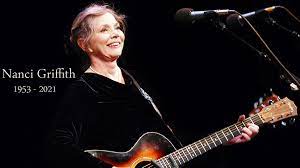 Nanci Griffith, the Grammy-winning folk singer known for her literary songwriting, has died at age 68. Her management confirmed her death in a statement on Friday afternoon, but did not specify a cause.

“It was Nanci’s wish that no further formal statement or press release happen for a week following her passing,” Gold Mountain Entertainment said in a statement.

Griffith, who came of age in the mid-70s folk scene in and around Austin, Texas, was a celebrated country-folk artist – “folkabilly”, as she called it – considered a master of the songwriting craft, with such classics as Love at the Five and Dime and Outbound Plane.

Born on 6 July 1953 in Seguin, Texas, Griffith was raised in Austin. According to a 1999 profile in Texas Monthly, she wrote her first song, A New Generation, and played her first gig at age 12. Griffith worked her way up through Austin clubs in the 1970s before releasing her debut album, There’s a Light Beyond These Woods, in 1978.

She became a collaborator of other folk artists, including Emmylou Harris and Lyle Lovett, and moved to Nashville in the 1980s.

Her album Other Voices, Other Rooms won the 1994 Grammy for best contemporary folk album. She was also known for her recording of From a Distance, from her 1987 album Lone Star State of Mind, which went on to become a popular Bette Midler cover.

Griffith’s work became increasingly political with age, openly criticising George W Bush and supporting Barack Obama. She described her 2012 record Intersection as “a protest album” and called herself too radical for the current state of politics in an interview at the time. It was her last album before she retired in 2013.

“Artists don’t choose to be artists, writers or singers,” she said in 2010. “It’s just something you know you have to do.”

Don McLean paid tribute to Griffith in a statement. “Nanci was a lovely person,” he said. “I worked with her on a TV special we did for PBS TV and on that show, we sang two duets. They were And I Love You So and Raining in My Heart. I never heard anyone sing harmony in a more beautiful way. We should have done an album together. At this taping in Austin, Texas she brought her father to see it. I really loved her spirit it was warm and loving and I’m really sorry to hear she has gone.” 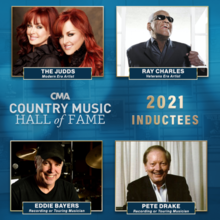