Congratulations to the winners of the 20th Annual Americana Honors & Awards! 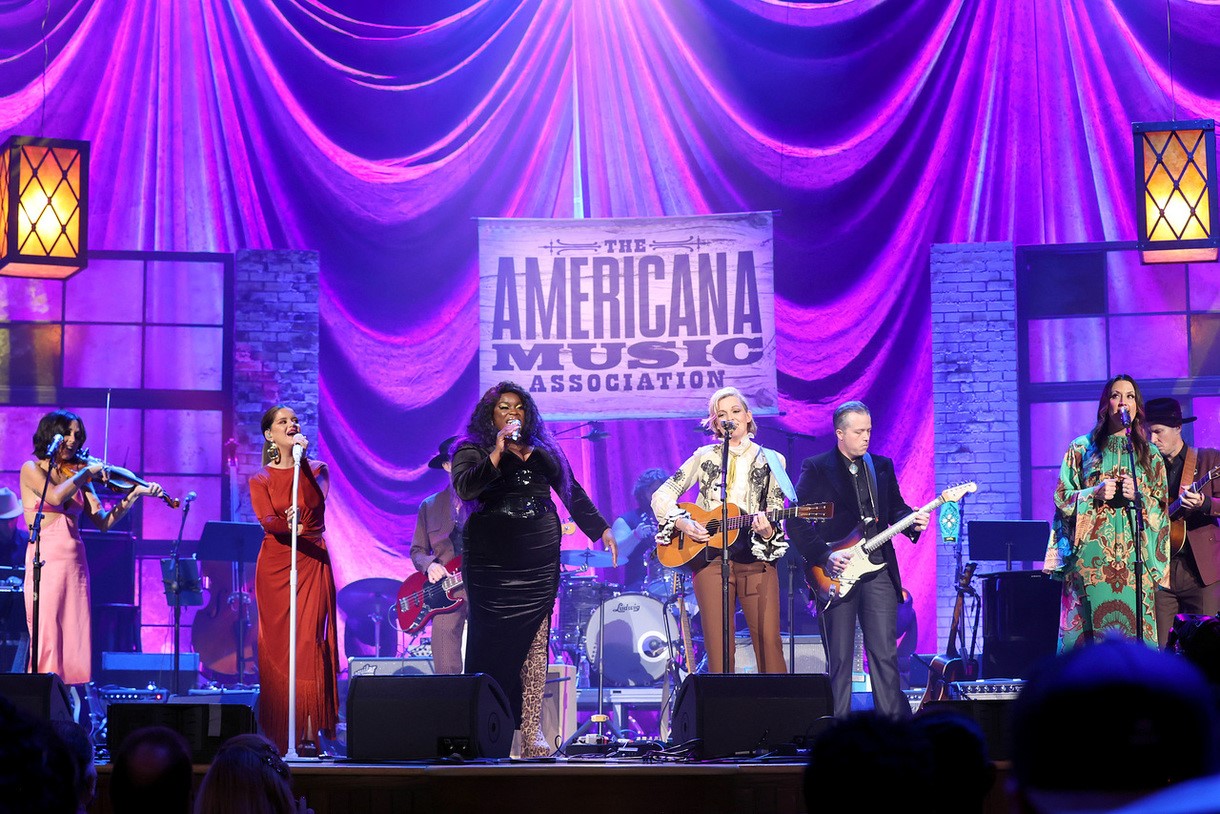 Artist of the Year:
Brandi Carlile

Song of the Year:
“I Remember Everything,” John Prine, written by Pat McLaughlin and John Prine

Duo/Group of the Year:
Black Pumas

Instrumentalist of the Year:
Kristin Weber

NASHVILLE, Tenn. (Sept. 22, 2021) – The Americana Music Association celebrated distinguished members of its community tonight and revealed the winners of the 20th Annual Americana Honors & Awards at the historic Ryman Auditorium. A generation-bridging group of musical innovators garnered coveted awards, including Brandi Carlile (Artist of the Year), Sturgill Simpson (Album of the Year), the late John Prine (Song of the Year), Black Pumas (Duo/Group of the Year), Charley Crockett (Emerging Act of the Year) and Kristin Weber (Instrumentalist of the Year).

Following yet another milestone year with her #1 New York Times Best Selling memoir “Broken Horses,” Carlile took home her second Americana trophy for Artist of the Year. The award was presented to Carlile by CBS This Morning host Anthony Mason.

Simpson, celebrating a well-received “mixtape for the fans” as he called it, has earned the Album of the Year Award for his first bluegrass project, “Cuttin’ Grass Vol. 1 – The Butcher Shoppe Sessions.” The award was accepted on Simpson’s behalf by Shooter Jennings as he was not able to attend.

2003 Americana Lifetime Achievement (Songwriting) honoree Prine secured Song of the Year with “I Remember Everything,” written by Pat McLaughlin and Prine, which is the last original song he recorded. This evening, the award was presented by Joe Henry and Aoife O’Donovan to Fiona Prine, president of Oh Boy Records and wife of the songwriting icon.

Black Pumas won Duo/Group of the Year after being crowned Americana Emerging Act of the Year in 2020, further cementing their rising career trajectory with multiple GRAMMY® nods, plus a slate of national performances including this year’s Presidential Inauguration and stops at The Late Show with Stephen Colbert and The Late Late Show with James Corden. Kiefer Sutherland accepted the award on behalf of Black Pumas as they were not able to attend.

Also honored by the Americana music community was Crockett who received this year’s Emerging Act of the Year Award, which comes right on the heels of his critically acclaimed new album, “Music City USA,” and follows a triumphant journey that’s led him from busking on New York streets to cultivating a loyal following with almost 50 million video views online. The award was presented to Crockett by Rodney Crowell.

Weber, a 14-year veteran of worldwide touring and recording as a fiddler, has been recognized with the Instrumentalist of the Year Award. In addition to sharing the stage with Kacey Musgraves, Dolly Parton and more, she’s written string arrangements and recorded on numerous records since moving to Nashville in 2008 after graduating with a degree in music from Berklee College of Music. The award was presented to Weber by Sarah Jarosz.

For two decades now, the Americana Honors & Awards program has provided a unique platform for commemorating the best and brightest musicians in the Americana music scene while showcasing once-in-a-lifetime performances. This year, the duties of hosting were shared among the artists involved in the show. The ceremony began with heartwarming opening remarks from Carlile and it was immediately clear that the close-knit roots community was delighted to come together again after an in-person hiatus in 2020.

Highlights from the evening include a soul-stirring rendition of “I Believe” by the Fisk Jubilee Singers, as well as “Queen of Memphis Soul” Carla Thomas taking the stage for a feel-good performance of her Stax Records staple, “B-A-B-Y.” One of many cultural roots influences in Americana music were showcased during a sweeping Spanish performance of “La Sitiera,” delivered by The Mavericks who were backed by a stunning string quartet. Later on, Carlile, Margo Price and Amanda Shires came together to pay tribute to the great Prine with a heartfelt take on “I Remember Everything.” Carlile then returned to the stage for a soaring performance of her latest single, “Right On Time.”

Praised by Emmylou Harris as “the shining star of Nashville and music everywhere,” the show came to a memorable close with Harris and Crowell during an entrancing rendition of the Everly Brothers’ “Let It Be Me” which transitioned into “Bye Bye Love,” a touching, harmony-laced salute to the late Don Everly.

“Given today’s uncertain times, there is no greater assurance that the power of music brings people together to uplift their spirits when they need it the most,” said Jed Hilly, Executive Director of the Americana Music Association. “I’m beyond proud of our artists and community for reminding me again why this is my favorite night of the year, every year.” 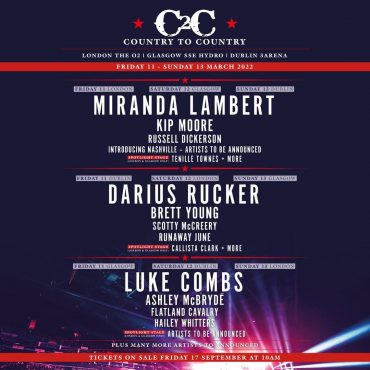