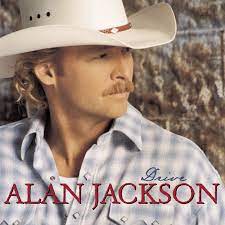 The COUNTRY MUSIC ASSOCIATION (CMA) has selected EMI RECORDS NASHVILLE artist ALAN JACKSON as the recipient of its 2022 WILLIE NELSON Lifetime Achievement Award. JACKSON will accept the honor during “THE 56TH ANNUAL CMA AWARDS,” airing live on ABC from NASHVILLE’s BRIDGESTONE ARENA on WEDNESDAY, NOVEMBER 9th. The COUNTRY MUSIC HALL OF FAME member will also be feted during the show with a musical tribute from DIERKS BENTLEY, JON PARDI, CARRIE UNDERWOOD, and LAINEY WILSON.

“We are thrilled to honor ALAN JACKSON this year with the CMA WILLIE NELSON Lifetime Achievement Award,” said CMA CEO SARAH TRAHERN. “A three-time CMA Entertainer of the Year, he is responsible for so many iconic moments in CMA Awards history. Just as ALAN has been influenced by many Country legends throughout his career, he too has inspired a generation of artists to stay true to the authenticity of Country music … Having had the great fortune of working with ALAN over the years, I am delighted we are honoring him with this milestone award next month.”

The CMA WILLIE NELSON Lifetime Achievement Award goes to an iconic artist who has attained the highest degree of recognition in Country music, according to the CMA. The award recognizes an artist who has achieved both national and international prominence and stature through concert performances, humanitarian efforts, philanthropy, streaming numbers, record sales and public representation at the highest level, and who has positively impacted and contributed to the growth of the genre. 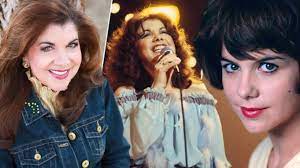 BLANCHARD, Okla. - Grammy award-winning recording artist Jody Miller passed away this morning in Blanchard, Oklahoma from complications related to Parkinson’s Disease. She was 80 years old. Miller first signed to Capitol Records as a folk artist in 1962, landing her first single “He Walks Like a Man” on the Billboard Hot 100 in 1964. Best known for her 1965 Grammy-winning hit “Queen of the House,” Miller became a country star […]